Like you, I was taught Front Splits on the Reformer as a forward lunge with the posterior hip, leg and foot externally rotated. But over time, I noticed more and more Pilates teachers with restricted hip range of motion (ROM) manage this exercise by hyperextending the back knee, overarching the lumbar spine and flaring the ribs instead of extending the hip.

PINK BOX TEXT: A BONE CAN’T GO WHERE IT ALREADY IS

Compression in the inferior, posterior pelvis from poor posture and/or the combination of glute clenching  + thigh wrapping +  hugging the midline, are all likely reasons the femoral head can’t shift back in the acetabulum during hip flexion. This compression makes a “tissue barrier” that blocks the posterior femoral glide.

If the femoral head never glides back in the socket in hip flexion, it can be thought of as being “stuck forward.” This forward position stays with us as we exercise and move through daily life.

If the femoral head is stuck forward, it’ll be impossible for it to glide MORE forward to produce hip extension. There’s no more room in the joint for the bone to move. How can we do Front Splits if our hip can’t do what it needs to in the exercise?

Prepare your hips for Front Splits with an exercise that kills two birds with one stone.

But it also improves Front Splits execution by teaching you the fundamental components of the exercise in a non-moving, stable environment. With balance out of the equation, we focus on honing our motor and strength skills first to produce the exercise structure.

Pressing the front foot down and dragging it back engages the posterior chain of the hip. This allows the low, posterior pelvic tissue to release as the hip extensors isometrically contract. You free the tissue for hip extension and, at the same time, increase your hip extensor strength – crucial elements of  Front Splits.

Pressing the back heel into the wall releases the tissue barrier and strengthens the hip extensors on this side, too. This also teaches you how to press the heel into the shoulder block when transferring this exercise to the Reformer. (See below)

Front quad is silent! If the front quad is screaming, check to see that you haven’t inadvertently posteriorly tilted the pelvis. If you did, you’ll feel this in the quad, not the bum like we want to.

If you hike the front hip in the frontal plane bringing the iliac crest toward the armpit, again, you won’t get the tissue release we’re seeking and your quad may start burning / gripping / crying.

Now, you should have more hip ROM and more strength in the hip extensors to perform Front Splits.

But this is just step one.

Before attempting the classical version of Front Splits in pelvic external rotation, practice the first part of Front Splits with a neutral pelvis. Reduce the ROM of both hips: place front foot on frame instead of foot bar. Prop the back heel against the shoulder block, rotate the pelvis forward and find your “stack.” This replicates and reinforces what we felt and learned doing Split Squats on the Wall. With repetition, you’ll achieve more (real) hip ROM to perform Front Splits as traditionally taught.

PINK BOX TEXT:  WHY WE BREAK THE RULES

Neutral Front Splits breaks the rules for a reason.

If we don’t release the compression in the low, posterior pelvis first, classical Front Splits will only make matters worse: in the long run, the exercise may force the femoral head more anteriorly in the socket.

This would put excessive pressure on the anterior hip capsule, “stretching” the iliofemoral and pubofemoral ligaments reducing their contribution to passively stabilize the joint.

It may also over-lengthen the distal psoas reducing its capacity to center the femoral head in the socket. This may lead to labral tears in the acetabulum or changes in the bony structure of the hip joint.

If you feel pinching (even slight) up high in the hip crease when sitting, in a 90°/90° position, doing Leg Circles or whenever you flex your hip, your femoral head may be shifted forward in the socket. Shirley A. Sahrmann, Movement Impingement Syndromes; Femoral Anterior Glide Syndrome

Meet your body where it’s at. Fulfill its needs, not your ego’s.  Know when to break the rules and why. 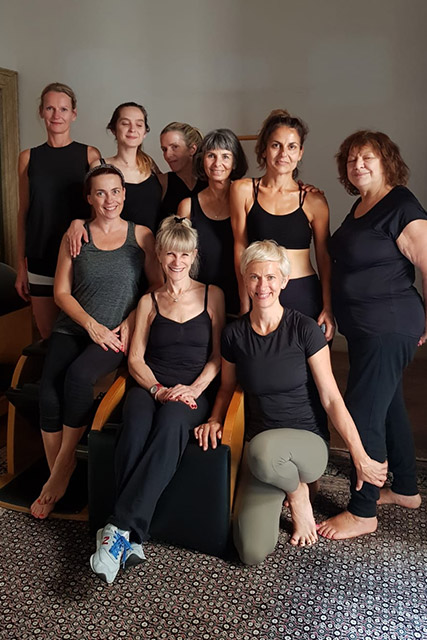 Want to give your clients a “hands-on” studio experience in every online class? Download your 4 Simple Tips freebie and learn how! 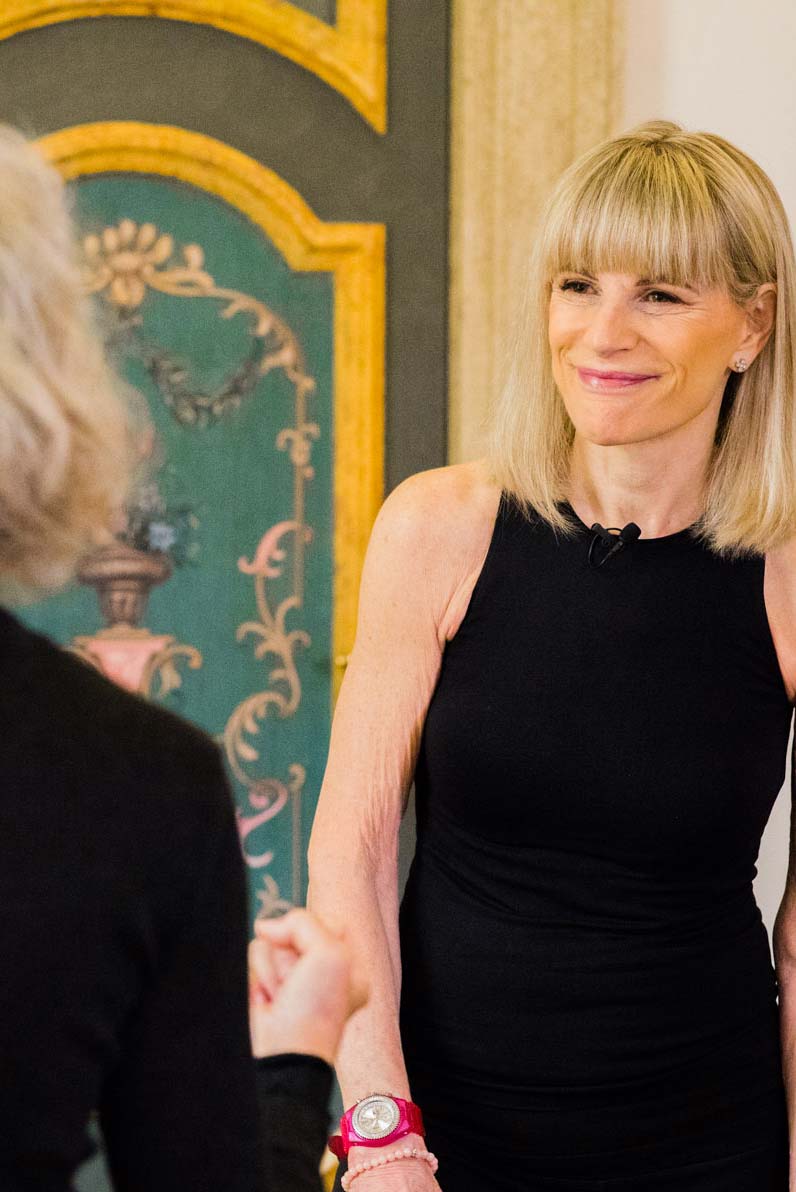 I would love to hear from you!

I personally read every message and aim to respond within 2 business days.

How to work with me.
I conduct on-going Comprehensive Pilates Teacher Training for aspiring Pilates teachers
I teach private, one-to-one Pilates lessons in Rome or on-line anywhere in the world

We use cookies to ensure that we give you the best experience on our website. If you continue to use this site we will assume that you are happy with it.OkPrivacy policy